We talk about re-employment when an object passes from an initial user who no longer has a use for it to another user, while keeping its primary function, which allows the lifespan to be extended considerably.

We throw away an incredible amount of waste every minute.

To limit the environmental impact of this, one of the first approaches consists in directly re-employing these objects.

This approach is the least energy-consuming there is since it requires no manufacturing procedure.

More and more people are considering the so-called “second-hand” channel for a whole series of everyday objects.

Associations, online websites… there is a galaxy of circuits allowing re-employed objects to be sold or bought.

Every day the Wilmet Group collects objects in good working order through its different subsidiaries.

We take the time to separate them from the rest to allow others to re-employ them directly. 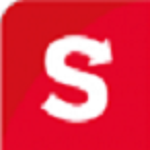